I asked… you answered. As I prepare to go through the whole thing with a keen eye and red pen, I’ll keep you occupied with a new chapter preview from the upcoming Sin & Secrecy!

Been analysing my own work recently. I tend to just tell the story as I want, and think about the deeper details later. Like, what are the themes of The Berylford Scandals: Lust & Liberty and the upcoming sequel, Sin & Secrecy? Loyalty is a key one in both books. But in Sin & Secrecy, a recurring theme is family animosity. Uncles versus nephews; sons versus mothers. And while sibling has battled sibling since Cain and Abel, in the novels of the period we’re talking about in Berylford, they all seem to get along reasonably well. Natasha Rostova and her brother Nikolai are very close in War & Peace, as are Andrei Bolkonsky and his sister Marya. Many argue, in the same novel, that Hélène Kuragina and her brother Anatole are a bit too close. Then think the Bennet sisters in Jane Austen’s Pride & Prejudice. Right down to their forming alliances for antagonistic purposes in the works of Dickens and Mervyn Peake, e.g. Samson and Sally Brass in The Old Curiosity Shop and Cora and Clarice Groan in Gormenghast.

In more recent times, if you try to name an antagonistic brother-sister relationship, my mind automatically turns to Cersei and Tyrion Lannister in the A Song of Ice and Fire series. However, strangely enough, I poured none of this influence into creating the domestic warfare between Abel and Rebecca Stirkwhistle for the Berylford novels. It started off as just a one-off argument, with Abel actually having some affection for his sister. But as I wrote, I found it was far more fun to write their scenes if they were sniping and threatening one another all the time. You can find the beginnings of that in the latter half of Lust & Liberty, and it continues into Sin & Secrecy as you’ll find previewed below: 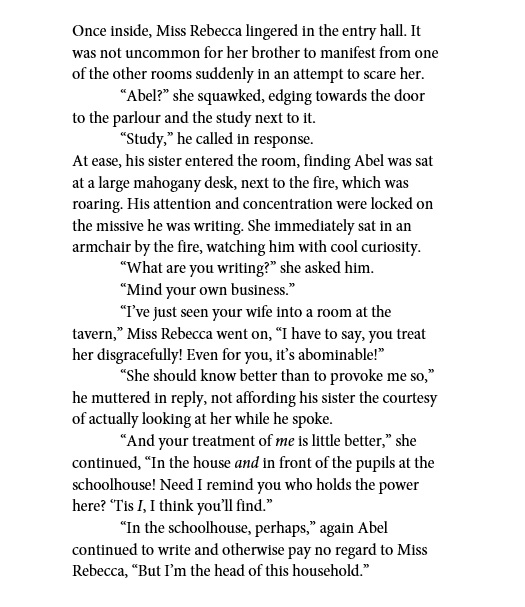 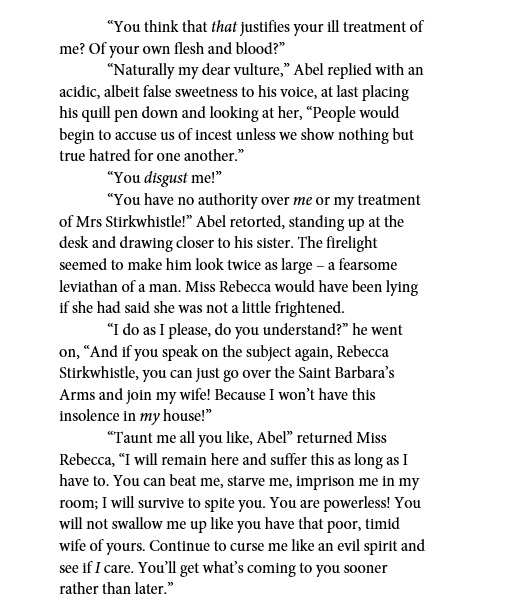 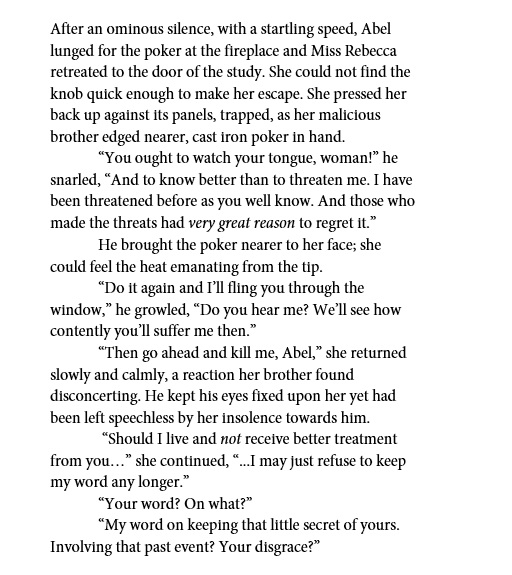 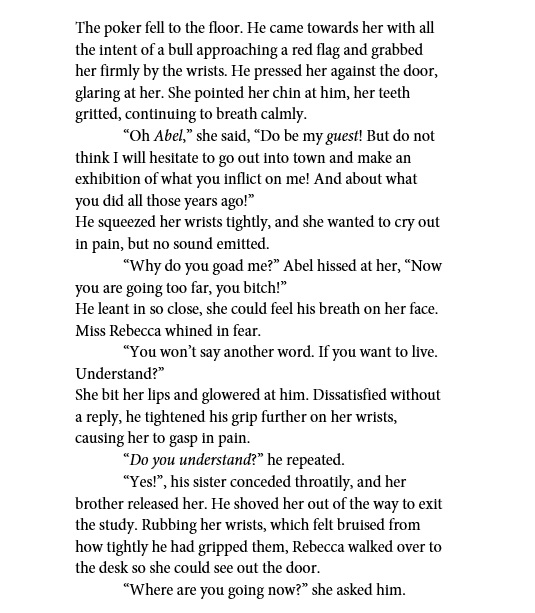 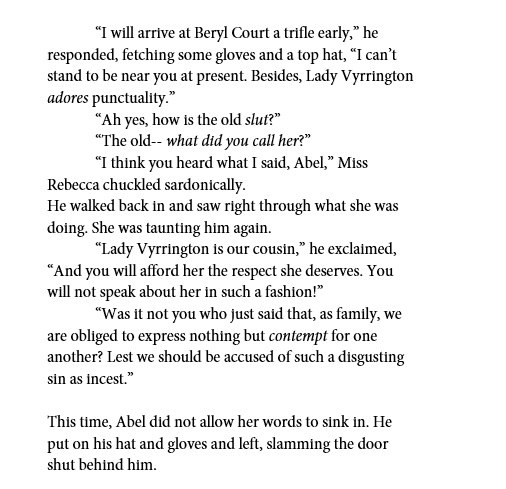 No idea what I’m talking about? Get up to speed with The Berylford Scandals by purchasing Lust & Liberty on Amazon here.