Been a while again, I know. Bit hectic, this struggling novelist game. In short, I have had to go back to hotel work, since the copywriting business has all but fallen flat. It has, however, allowed me to focus on the only thing that really matters, which is the writing career.

I have a couple of pieces of news to give in the coming days – I won’t spoil the surprises just yet – so in the meantime, I will just give an update on what I’m working on.

Last time I wrote on this blog, I gave you a bit of info on my wartime mystery-thriller, You Can Hear Chopin from the Attic. That is still in intermittent progress, but is more on the back burner now. And that’s because I have been persuaded to put the revisions into the sequel to my first novel, The Berylford Scandals: Lust & Liberty. I said at the time, I was a bit sick of the characters and the setting and, indeed, a couple of people have told me to work on what I want to work on. But, it is otherwise just sitting there and, after a couple of months’ work, it might be ready to publish.

So, I’m hereby announcing that the sequel to Lust & Liberty, The Berylford Scandals: Sin & Secrecy is forthcoming.

It will take place twenty years after the events of the first book, showing Lady Vyrrington, Abel Stirkwhistle, Mrs Urmstone and Mrs Haffisidge et al. in their fifties and sixties (though a number of young characters will be introduced too). And the story, much of which revolves around Abel and his tyrannical sister Rebecca, is much more a mystery than the first book, with little-to-no romance involved at all. A murder in the opening chapters serves as a catalyst for Abel’s past schemes coming back to haunt him, straining his mutual loyalty to Lady Vyrrington and leading him to question just who he can really trust. All the while, protecting his secrets by any means necessary.

Sound good to you? I’d love for me to tell you your thoughts, or indeed if you’re disappointed that You Can Hear Chopin from the Attic will be taking a little longer than planned.

I’m going to be providing some in-depth profiles of some of the characters of The Berylford Scandals in upcoming posts — let me know what sort of stuff you’d like to find out! 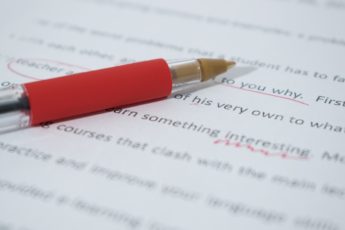 « Previous post
What Florence Did For Me, Mr. Grimstead
Next post »
You Can Hear Chopin from the Attic: A Brief Overview